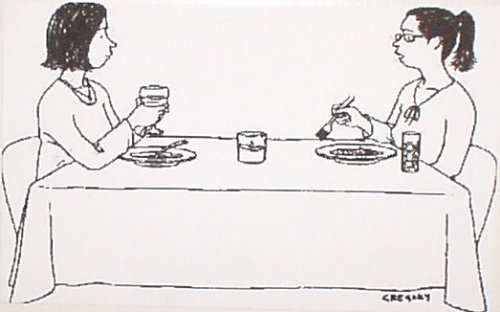 "I started my vegetarianism for health reasons, then it
became a moral choice, and now it's just to annoy people."

Ruth Heidrich, part of the US Senior Olympics Relay Team, carries
the Olympic torch 7 miles to kick off the Aloha State Games. Below
is her book cover shot as she completes the Kona Ironman Triathlon. 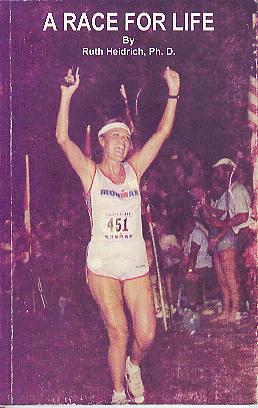